In a year of businesses going under, venues closing and global financial scares it is no surprise that the entertainment industry was hit hard.

With the film industry cancelling releases, cinemas having to close their doors for months on end and film production itself grinding to a halt, everything looked incredibly grim for the future of film. To put it into figures; as of March 2020, the Chinese film industry is predicted to have lost approximately US$2 billion. That’s certainly not small change.

But don’t fret, evidence from across the globe suggests that cinema will bounce back—potentially even stronger than it was before the pandemic struck.

Returning to the Silver Screen

With global management of the pandemic increasing, and the prospect of vaccines looming on the horizon, the film industry has slowly been cranking back into gear with a wealth of major productions getting underway once more.

But, for those with keener eyes, it’s clear that global film industries have not waited for this moment to get started—let’s take a look at a few examples.

In New Zealand, the Government pumped NZ$230 million into their industry earlier this year to keep the cogs turning behind the scenes. Thankfully, the investment is starting to pay off with Kiwi actor Cohen Holloway ironically statingthat coronavirus is sparking a “golden era” in the Island’s film industry.

In the Americas, Canadian film and television productions ground to a complete halt in March of this year. But today, upon reopening in autumn, the industry has seen a spike in the number of productions filming or in pre-production—a spike which sees 50% more productions than before the industry’s closure.

While the UK has seen multiple total closures of cinemas and film production facilities, powers have been investing in the long term. London’s Barking and Dagenham council struck a £300 million deal to build a grand studio in east London which is projected to begin producing content as soon as mid-2022. While Liverpool, in England’s North West, has submitted planning applications to create the city’s first “pop-up” TV and film stages in the first stages to realise a “Hollywood of the north” that will open in 2023.

The world’s most populous country, China, has also shown great promise in continuing to support its film industry—with cinemas reaching their full (still limited) capacity. Such a returning boom in viewership has seen international producers and distributors return to the rat-race that is getting international productions released on the all-important Chinese market.

Whether we look at these investments and rebounds in the film global film industries, as listed above, or the unprecedented surge in the consumption of streamed content during the pandemic, it is clear that the film and tv industry is a cherished part of global society.

Thus, it is heartening to see the careful investments, futureproofing and return-to-business of cinema producers, distributors, and exhibitors worldwide in the wake of what could have easily toppled the industry.

In short, cinema is here to stay. And that’s something we can all be very, very happy about. 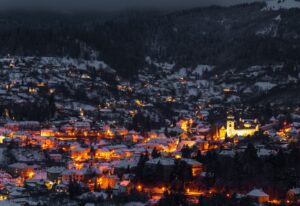 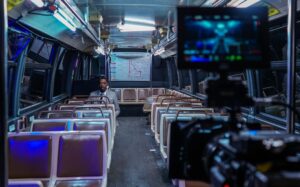 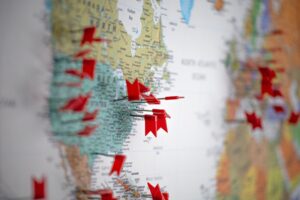